Lecture in DC on Astronomy, Society & the Environment

For many Northern Hemisphere stargazers, both professional and amateur, the chance to observe in the Southern Hemisphere is a dream come true. Eta Carinae. Omega Centauri. The Large and Small Magellanic Clouds. These and other celestial gems generally not visible from the north abound in southern skies. 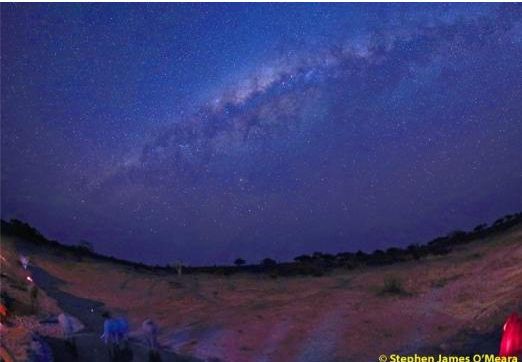 The Milky Way arcs over elephants wading in the waterhole visible from the main deck of Savute Elephant Lodge in Botswana’s Chobe National Park.

When I learned a few years ago that former Sky & Telescope editor Stephen James O’Meara, who is one of the leading amateur astronomers in the world, now lives near Botswana’s fabled Okavango Delta and is married to Deborah Carter, who has run small-group safaris in the region for many years, I immediately thought: Hmm, how about a stargazing safari?

Just think: During the day, guests go on safari drives in some of the top game reserves in southern Africa. Lion, leopard, ostrich, impala, giraffe, hippo, elephant — you name it, it’s there, and in abundance. In the evening, they stargaze and take astrophotos under unbelievably pristine skies with a leading astronomer at their side, then return to a luxurious field camp for the night. The groups are small (16 total), the food fantastic, and the accommodations first-rate. 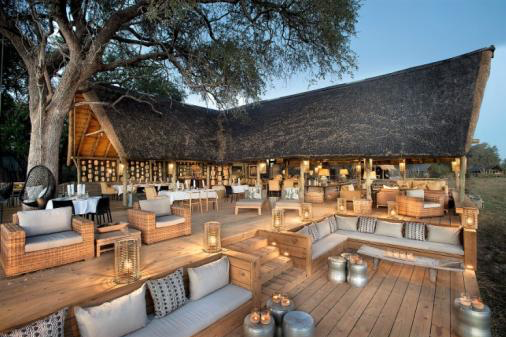 Book a Spot on the Botswana Tour

To learn about other S&T astronomy tours, visit this page.